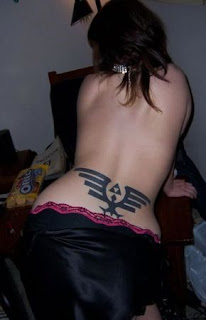 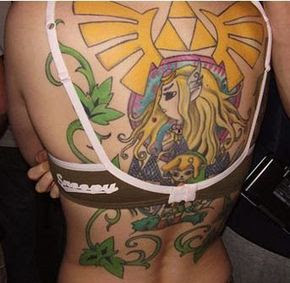 Very Interesting Totem to old School Video Games.. I love Pong at the bottom of the tattoo.

I love the Duck Hunt Guns Tattoo, I think I have another one laying around somewhere with the DuckHunt guns in the Pants holster. (You know you have seen the Tattoo before, where the guns are tattooed near the pants line.

WTF? Really, you are going to live the rest of your life with that crap on your neck. Unreal.. Unreal, Dude its your neck and you put Mario on it. 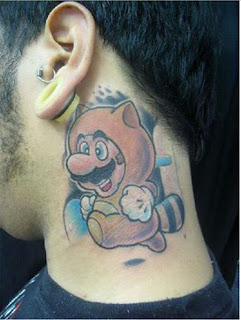 Ok.. I as well as many others in the Nerd world love me some Half-Life but I am not sure I am willing to commit to this. The hand is so, ohh I don't know.. Out there, umm visible. Half life Tattoo 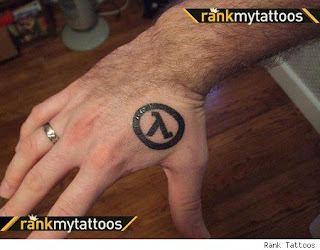 Ok.. Here is a question, what happens when "Now" becomes then.. Did you think that out? You going to get another leg to tattoo up? Now and Then video game controller tattoos

This tattoo was old when he put it on, I bet he never thought that Sega would die out and another company would become "better" than sega. 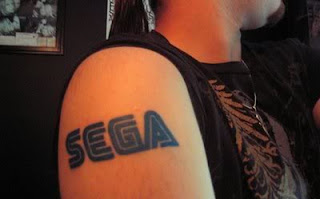 Nintendo arm tattoo.. Oddly it points to where his life will never progress from now that he has the tattoo.. In 30 years he will still be alone eating pizza in his apartment. Perhaps his mother can clean it up for him. 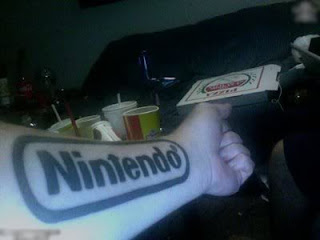 Looks like an ankle, good place for it. I like that it is small, a little homage to his favorite game and not so ridiculous as many of the others in this category. 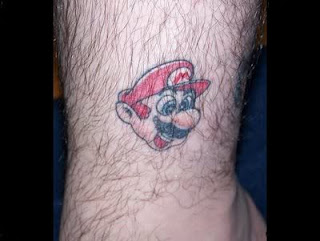 I should not need to repeat this.. DUDE you only have ONE back.. and Mario, well.. It was Mario.. Not full back worthy.. For future reference please check with the guy in the above pic for advice on how to love a game and show it. I think you went a little over board, seriously a full back tattoo with Mario and the princess from Mario Bros. 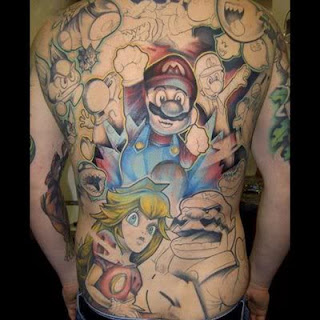 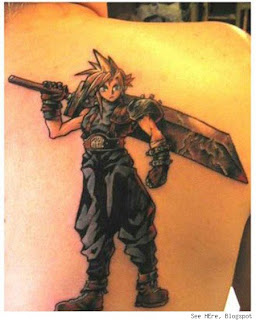 Finish him.. Mortal Combat back piece Scorpion and Sub-Zero 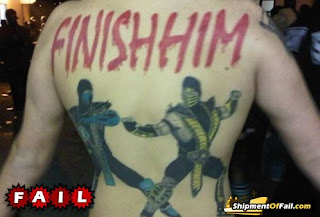 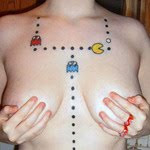 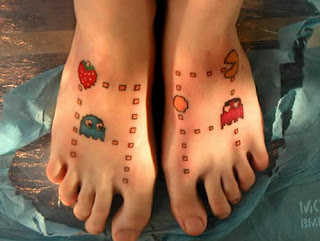 Posted by James Sheehan at 5:40 AM

Links to some of my other Blogs