Ummm.. You can keep your "Social Networking" in your pants. 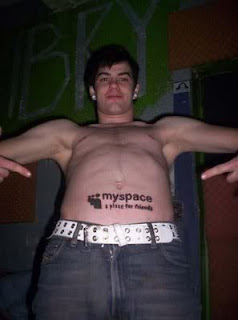 I knew the world would run out of stupid eight character phases to write on ones hands. Google it tattoo. 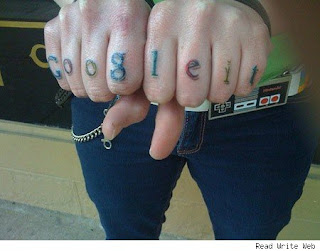 Fatel OE strikes again, this time in a tattoo.. A true OPERATOR ERROR. 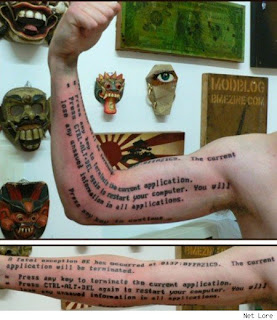 Seen it, actually I think this one came from one of my other Tattoo Websites. HTML Tattoo 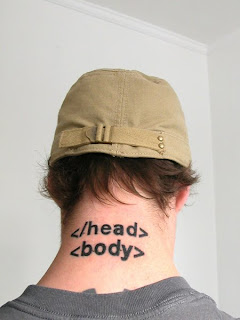 Dude, looks like your getting a Dell, A Dell Tattoo, I wonder if he had to go to India to get it installed. 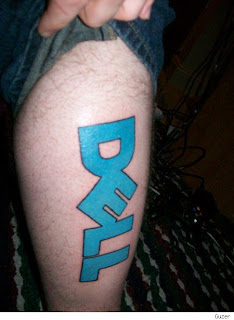 I like this one, just not on the wrists. This is a life long decision and I am sure you already got an estimate on Laser Tattoo Removal. 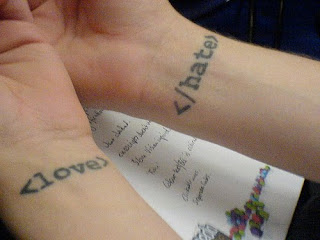 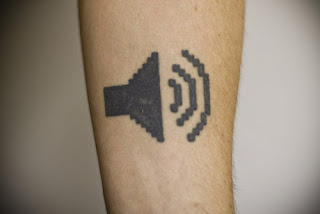 Barcode Tattoos are done and over with but the parallel port tattoo is just beginning to catch on, way to be a trend setter. The other tattoos are odd as well, You have the symbol for Firewire, what looks to be a Firewire port and an modem port. And from the barcode we can deduce that this guy's name is Joe. Very odd Joe, very odd. 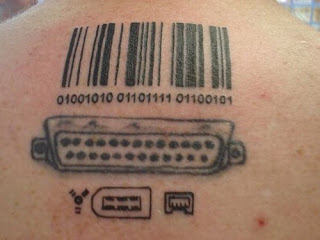 Nerd Pride, something like Gay Pride but without the parade. 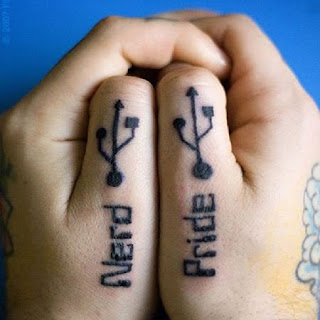 I wonder if his wife had this installed, so when he starts acting up she can reboot his ass. 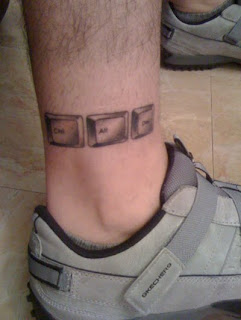 Good lord were you high? You really scarified computer symbols into your hand? 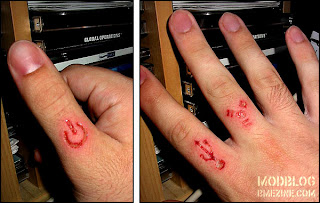 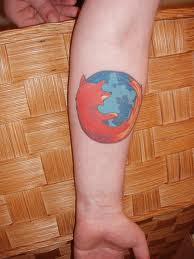 Umm.. I like windows as much as the next guy, and I am sure that Bill is impressed. But you will never be the fanboy that the mac kiddies are. 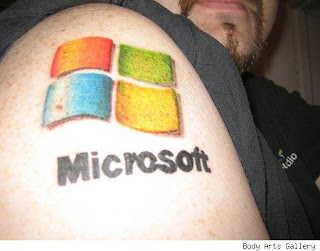 Links to some of my other Blogs